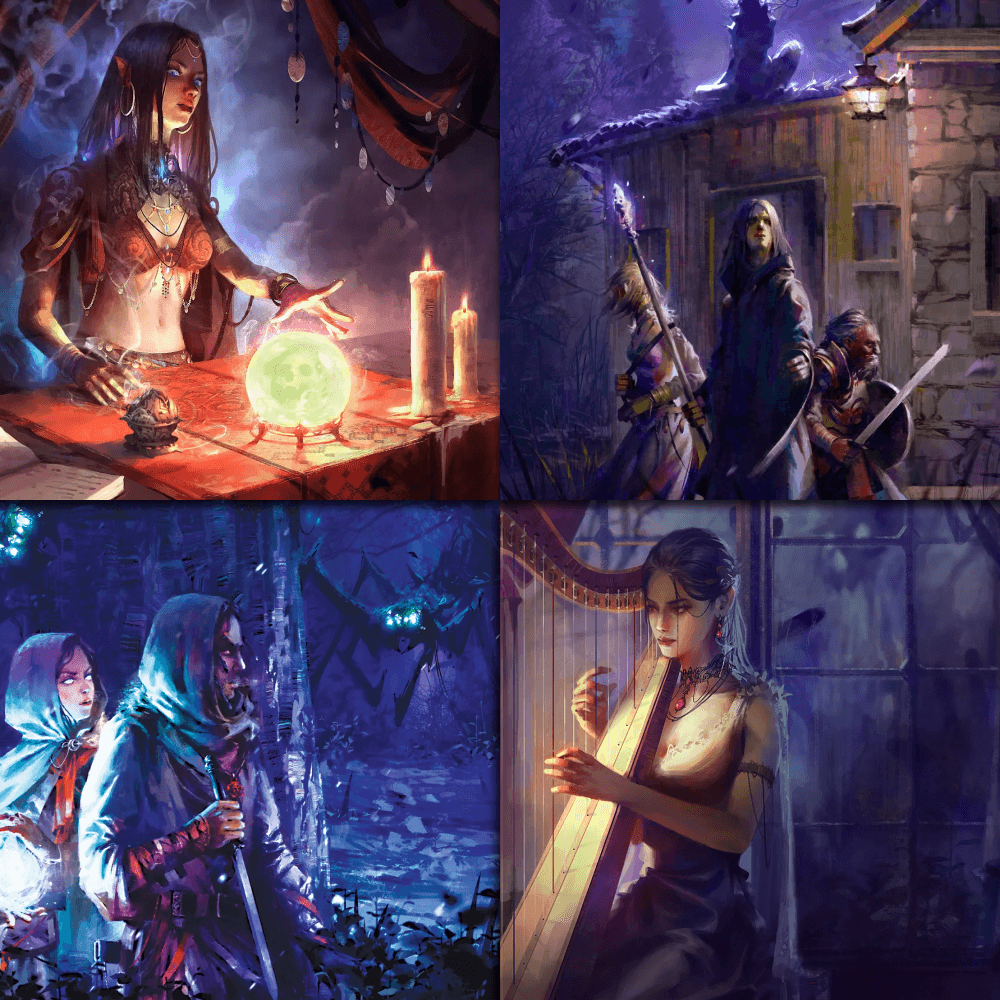 Get the Red Star Rising Complete Bundle including:

Reeling from shock and sorrow, and half-buried under a thick blanket of snow, the Zatis face grim choices and a difficult road ahead. Yet before they can choose a path forward, an imposing company of shadowy travelers catches them unawares. Do these strangers bring further misery, or perhaps an unexpected glimmer of illumination in these darkening times? In either case, the journey ahead promises deepening dangers. In such dire times the Zatis may be forced to rely on the assistance of outsiders. A small village at the edge of the bog could provide information on the party’s missing kin, but there is something amiss in this tiny hamlet. And just what will be a most fearful discovery. Whatever surprises the village holds, the Zatis cannot linger for long, and must eventually confront the decision before them: fall back towards the dubious safety of Nevermore, or press on towards Prondadol and the unknown. But before the consequences of their choice can unfold, they find the mists closing in around them, and the gates of a grand, dreary manor looming up ahead, barring their way. Whatever the Zatis ultimately intend to do, it seems fate has more immediate plans for them in this foreboding estate… A Campaign The Can Last for Years

With 30+ hours in each chapter, The Red Star Rising Campaign can easily last you for years, depending on frequency of play and length of sessions!