Everything You Need to Play in Both Cities! 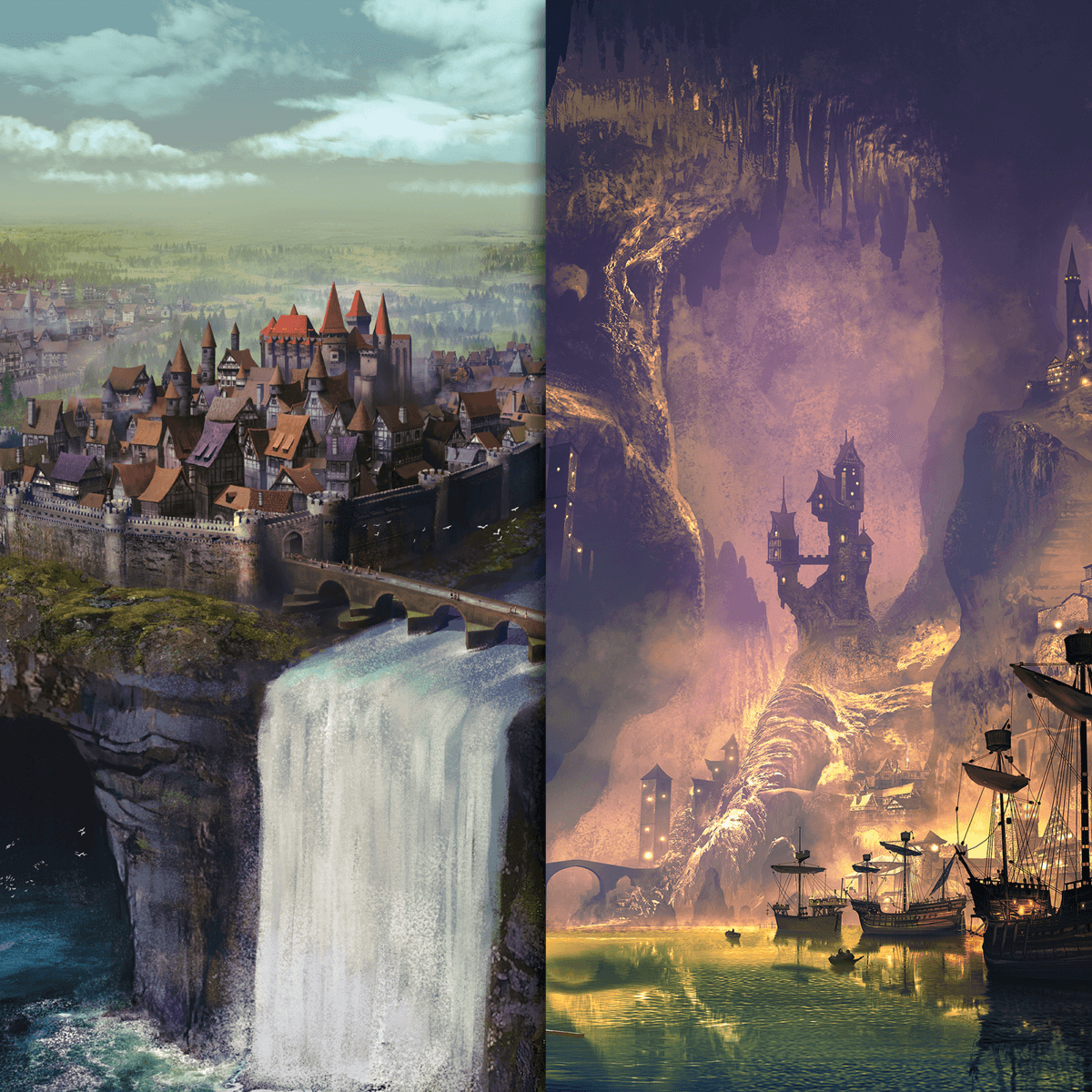 Preorder both City Box Sets now and save money!

Prepare yourself to dive into these City Box Set, the likes of which has not been seen since the days of yore! The City of Darkenhaven and The Gloomport includes gaming materials with incredible imaginative detail to enable a total dive into places such as the high-end boutiques of Highgarden or the bone-chilling Catacombs. Enjoy substantial books with rich descriptions and explanations of the lore, locations, resources, and personages of both cities, above and below, and stated and unstated game plot hooks which can be found everywhere. Immerse yourself in rich detail while not being pinned down, so there is plenty of room to weave your own tales!

Darkenhaven is the shining jewel of the Zyranthean Republic and is one of the most influential, affluent, and diverse capital cities in the world of Zyathé. Much intrigue and political machinations occur within the halls of the government, and many sinister plots may be uncovered in the alleys and smokey taverns that lie within the walls.

The Gloomport is the dark underbelly of the city of Darkenhaven. Set in a vast cavern, the opening to the sea allows ships to sail into the cavern’s harbor, where all manner of trade, legal and illegal, take place. There, amidst the smoke and the salt air, in the dark taverns and shrouded streets, all manner of nefarious plots and sinister plans are set in motion. Short Introductions to the Cities Introductory Adventures in the Cities NPC Portraits with Descriptions on the Back These books takes an in-depth look at each district of Darkenhaven and The Gloomport, both on a macro and micro level, down to individual buildings and their associated NPC’s and resources.

These books containsall of the stats and information needed for the encounters players will come up against as they explore Darkenhaven and The Gloomport.

These books give players key information about what the cities are, and how they might create a character that can fit into the societal landscape of the city.

Short adventure called The Deepest Fear and The Silence of the Grave will introduce your players to the cities. These can be played stand-alone or as part of the Red Star Rising campaign.

Full-color Poster Map Sets with six poster-sized maps (17"x 22") for each city that, together, will give you massive and complete maps of the cities.

Inspiration is a fine enough reward for doing well in the game, but we like to shake it up here at Gooey Cube! Shake it up too by using Gooey Reward Cards. Choose a card from the deck! Will you receive an extra attack action? Temporary hitpoints? Or the coveted hero or fate points, which can change the destiny of a Player Character? Whatever you draw, Gooey Reward Cards add an extra layer of fun to the game!

Never worry about a player forgetting what their item does ever again! Every item found is included as an individual item card. On the front is stunning artwork of the item. On the reverse, a detailed explanation of what the item does. From weapons to armor to scrolls to potions, players can keep these cards and refer to them as needed!

Scrolling through image-hosting websites for hours finding art that is close enough to work for an NPC is now a thing of the past! Every friend, ally, and adversary is depicted on incredible full-color handouts. They can be held up when prompted by the Adventure Book, and players will be surprised by their GM appearing to have memorized everything about the NPC! In reality, everything needed to know is written on the reverse side, with space for notes about accents, relationships, mannerisms, or other personal flairs a GM may bring to the character.

We believe art is important to a game. Art inspires the imagination and when players are shown one of our attention-grabbing location artworks they are further immersed into the game. Not simply static landscapes, our art dynamically catches actions, atmosphere, and critical plot scenes.

We didn't do ALL of the floorplans for the hundreds of buildings as the box would be far too heavy! However, we did include floorplans for important buildings - not only important to us, but members of our community who contributed to this beautiful box set! 4 Books, a Mini-Adventure, & Much More in Each Box

Not only is there all the information a GM needs contained within the first three books, but we included a book just for players. In addition, we included a mini-adventure to ease you into Darkenhaven & The Gloomport! Everything You Need to Know About Both Cities

Whether you plan on setting an entire campaign within these cities, or are simply visiting for a few days, this box set contains all that you need to make Gloomport come to life. Your players will feel immersed as they explore the different districts, and visit places they have only heard rumors of in passing! We believe in going the extra mile here at Gooey Cube, and what better way to go big or go home than taking inspiration from the old city box sets? The like just isn't made anymore - until now!

Physical and Digital copies of both The Darkenhaven and The Gloomport Boxes.