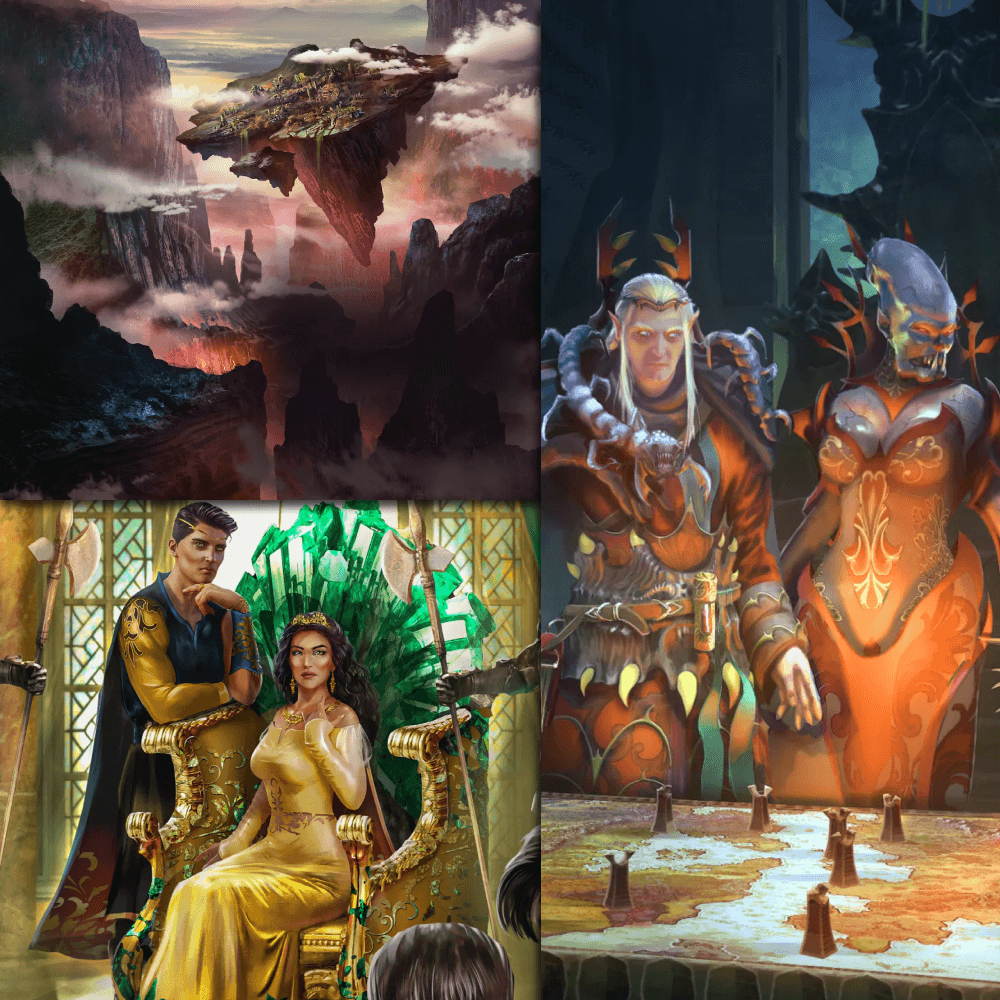 About The Cyclopaedia Zyathica Bundle - Volumes 1-3

This second volume of the Cyclopaedia Zyathica explores the western half of the sundered northern continent, granting a vivid glimpse of life in this fascinating, and often dangerous, corner of the Wy’rded World. From the decadent palaces of Andvalla to the tense streets of divided Trestoln, you will learn of the many nations, peoples, and landmarks of the realm known as the Wesverd. Trace the ancient history of this land through countless years of brutal conquests and heroic restorations, all leading to the current state of affairs, where shadowy politics and ancient rivalries are a given, and the next conflict is just one wrong step away. Yet things are no less exciting outside the civilized lands; all you could want to know and more of forgotten ruins, blasted wastelands, and hidden sanctuaries across West Verdestia may be found within these pages. All you could need to know to run your own campaign, or side adventures for Red Star Rising lies within these pages. Every nation, city, village, and small locality is written out in incredible detail, with story hooks ready for your imagination to expand upon!

This third volume of the Cyclopaedia Zyathica covers the eastern half of the sundered continent, giving a deep look into a harsh yet breathtaking region of the world. An ancient landscape, East Verdestia houses the ruins of fallen empires, while the exploits of long-gone heroes and villains may still be heard on the streets of its modern nations. From the ever-feuding realms of Dawnven and Vanzentea, to the dark, insatiable hunger for expansion at the heart of the burgeoning Vilandean Empire, the Esenverd is rife with hidden machinations and shadowy conflicts. Far beyond the last outposts of civilized lands, towering mountains reach for the heavens, dragons come to die in Wyrmdeath Chasm, and the trackless tundra stretches to the horizon. Deadly monsters and forgotten evils lurk in this wilderness, but the stark beauty of the land is far from the only treasure to be found.

Whether you’re looking to expand your campaigns in the Wy’rded World to exciting new places, or simply want to immerse yourself in the fascinating cultures and environments of Zyathé, this prodigious volume has everything you could want to know about East Verdestia, and more. The Esenverd is a natural next step for adventures begun in West Verdestia, but there is more than enough lore within this tome to inspire countless standalone campaigns. Our Cyclopaedias allow you to create your own campaign set in Zyathé. The Wy'rded World serves as a macro overview while our continent Cyclopaedias go into micro detail. Incorporate advanced lore and extra locations into your game. Host traditional Zyathic holidays. Bring in NPCs of your own from far-flung lands. Sprinkle in tales of ancient history. This and much more is available to you! Have all the Knowledge You Need

Not just the essentials, our Cyclopaedias take a deep dive into the politics and history of entire regions, to small towns.